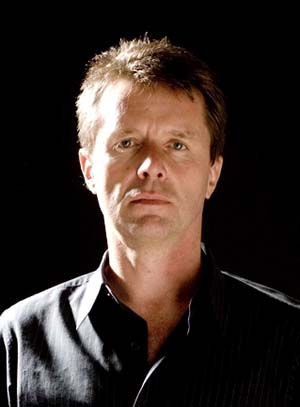 Nicky Campbell has won 6 Sony Gold Radio Awards. He has presented network radio BBC programmes for 30 years now starting off his Radio career as a colleague of among others Kenny Everett, Alan Freeman and John Peel.

He has presented on

Nicky has presented on various TV programmes over the years ranging from 'Top of the Pops' to 'Newsnight' and 'Panorama'. In 1988 he became the first and longest running host of the ‘Wheel of Fortune’ and went on to front the iconic BBC1 consumer show 'Watchdog' for 9 years.

Currently, he co-presents ITV's ground-breaking and BAFTA winning 'Long Lost Family' with Davina McCall and also on ITV, ‘Born Without Trace and ‘Missing in Action’. He has presented eleven series of the BBC's Sunday morning ethical and religious debate programme ‘The Big Questions’ and both series of the BAFTA nominated ‘Operation Live’ made by The Garden for Channel 5.

Nicky also made a series on adoption for ITV, ‘Wanted: A Family of My Own’. He presented a documentary in ITV's Perspectives strand on one of his passions 'Great American Love Songs' and still on a musical note, in December 2017, he appeared in ITV’s “All Star Musicals” performing ‘Razzle Dazzle’ from Chicago in front of a full house at the London Palladium.

Nicky Campbell has won countless Radio Awards over his 33 years on BBC Network Radio. In 2014 he was inducted into the Radio Academy Hall of Fame. While at Capital Radio and BBC Radio One in the Eighties his colleagues included Kenny Everett, Alan Freeman and John Peel.

He has co-hosted the multi-award winning ‘Five Live Breakfast’ show for 16 years with Victoria Derbyshire, Shelagh Fogarty and now Rachel Burden. He has interviewed every Prime Minister and Chancellor since Margaret Thatcher and covered World Cups and Olympic Games from Australia, Japan, South Korea, China, Germany, South Africa and a Panorama special from New York three days after 9/11.

His voiceover work goes from the hugely popular ‘My Story’ on CBeebies to the hit Channel 5 show ‘Bad Tenants, Bad Landlords.

Nicky's charity work is in Conservation and Adoption, campaigning against the Ivory trade and for Elephant welfare. He’s A Patron of ‘Born Free’ and ‘Adoption UK’. Adopted at 6 weeks old, his adoptive mother was a psychiatric social worker and father a map publisher In 2004 he wrote the acclaimed Blue-Eyed Son, ‘Story of an Adoption’, his account of tracing both his birth parents and finding extended families in Ireland. He is currently writing a book for Hodder {autumn 2020] on how his Dog ‘Maxwell’ has helped him make sense of his life.

His writing has appeared in many publications including the Daily and Sunday Mirror, Daily Mail, Mail on Sunday, Guardian, Spectator, New Statesman and Observer.

Nicky is also a professional songwriter and composer. In 2009 he wrote the brilliantly reviewed swing album "Moonlights Back in Style" for Mark Moraghan on the famous Jazz label Linn Records. His second album, ‘We’re Just Passing Through’, was co-written with the singer, composer and comedian Kate Robbins. In Spring 2017 he wrote and released the single “Sacred Eyes”performed by Logan Wilson, Kit Morgan and the Sacred Eyes String Quartet in support of the David Sheldrick Wildlife Trust in Kenya.

Nicky's great loves are his wife, four daughters, dogs Maxwell, Misty and Maisie and his guitar, piano and Ukulele. He was awarded the OBE in the Queen’s 2015 Birthday Honours for services to adoption and fostering.